I Love This Anime list of the Top 10 Anime Rivals

The anime we watch can be different in genre but will always have certain aspects and traits that make them all relate and feel somewhat the same. It can be the main characters sitting at the side of the window in class, the same outfit being used so people can know who to look at and so on so forth. A gimmick or feature that is almost always seen in anime is rivals. I hope that this anime list of the top 10 anime rivals resonate with you as it does with me.

We like seeing to people battle it out in different and interesting ways for their beliefs and wishes. They are usually polar opposites yet both hold strong ideals and theories that help us understand why they are the way that they are. We know that in the end, one of the rivals will have to be the winner but seeing the ying and yang continually fight for what they think is right. I want to share with you what I thought were the top ten best anime rivals. For me this anime are fascinating. These are detailed and fun to watch and learn from. They are not in any specific order and have just been named randomly. Without any more preambles, here they are:

First to be in this anime list are Goku and Vegeta from Dragon Ball Z:

Boy did these two beat the crap out of each other. It began violently and somewhat transitioned slowly into a great friendship. Nonetheless, their battles were something to behold every single time. It was like you could feel each blow they struck each other. The reason as to why they are fighting is usually to see which one is best.

Vegeta, the King of Saiyans, cannot deal with the fact that Goku is stronger than him. Goku, a loving Saiyan from earth, only wishes to defend his home and gains strength through his many battles against people trying to destroy it. Through time, Vegeta learned to smooth his heart and become gentler in nature. For me, seeing this duo duke it out was a thing of legends.

I think one of their best fights has to be when Vegeta is filled with the power of Majin Buu and duels Goku, coming close to the point of breaking him. He did have his family in mind at the end and did one of the most notable sacrifices in anime to save the world from Buu. To summarize, these two have learned a lot from each other. Mostly through kicks and punches, and in very rare occasions through speech and mutual understanding.

Light and L from Death Note also are part of this anime list:

Once believing to have found a true friend in Light, L and he were actually locked in a deathly battle of wits. Lawliet wanted to learn who Kira really was and Light was just constantly trying to lead him off the case until achieving his true goal. The scenarios these two put each other in made my heart beat out of my chest.  And I wasn’t even the one in danger!

The way they could just put someone in a corner and play with them was inhumane and mind blowing. In the end, Light did gain the win of the battle in a somewhat rushed scenario but the fight was nerve wrecking and amusing while you watched. Another amazing characteristic from this rivalry is that most people cannot really decide which one of the two they want to see winning. Both have such great minds and ideals, it is almost impossible to set your mind on just one.

These guys are the ones that come closest to gore and amazing fight levels with the two mentioned first. They would battle and make the ground shatter under them. There were many great rivals for Ichigo throughout the series. Some of them teaching valuable lessons to him like Kenpachi Zaraki and Byakuya Kuchiki.  But Grimmjow was the first one that really kept coming back for more, certain he could kill Ichigo.

He is probably the one that pushed him the most. Some try to say that Aizen or Ulquiorra were much better rivals but their fights are overpowered and are almost always solved with a Deus Ex Machina, or that is at least what it looks like to me. Grimmjow was the one that seemed the realest and suffered losses time and time again. But this only made him stronger.

Naruto and Sasuke from Naruto and Naruto Shippuden:

Known for having one of the most dramatic and confusing friendships in anime, these two have been fighting for years. It wasn’t until a little while ago with the end of the series that they were able to somewhat reconcile. After a long time fighting they become buddies again. This is why they justify their appearance in this anime list.

Sasuke, an Uchiha, was on a path of revenge with his brother who killed his whole clan. Whilst Naruto was on a certain mission to one day become the leader of the village, the Hokage. This led them to search for power in different ways and be led astray. We were all happy and somewhat satisfied that they ended up growing into fine adults. Adults that will teach the new generation but boy did it take them a long time for that.

Sesshomaru and Inuyasha from Inuyasha

Known as the original battle between brothers in anime, these two would not let each other catch a break. Sesshomaru constantly wants to be stronger than Inuyasha and be able to hold his sword but is left to learn how to use his instead, which its primary use is to heal rather than kill. On the other hand, once an evil half-breed, Inuyasha is somewhat arrogant and heroic. Yet this character fails to understand the cool and collected demeanor of his brother. They locked into combat many times and were still unable to have a healthy relationship. Near the end of the series since they were such complete opposites.

Once best friends, these two had to take different paths when growing older, allowing Suzaku to become a royal knight of Britannia whilst Lelouch became the world hero Zero. The two could understand each other and did share a close bond for most of the series, at times out of mutual interest. The way they had to end was not the best for either but it was a destined fate chosen by the two as a final requiem. These two taught me a lot about how being a different side of war can change your perspective. I also learned how you treat the people around you. Their major difference is that Suzaku was more of a loyal pawn rather than a hero while Lelouch served to be a natural leader. In his roll he could betray people he did not need or care about. 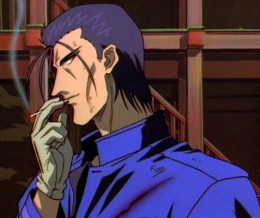 Kenshin, a former killer that has given up the practice, and Saito, a former captain of the Shinsengumi, would constantly clash whenever setting eyes on each other. He had sworn to defeat the unbeatable Hitokiri Battosai and challenged him to amazing battles but did not get to complete this goal. He soon realizes that Kenshin has thrown away his life as a cold assassin and is trying to live a peaceful life. They soon join forces instead and battle against Shishio together.

This anime perfectly showcased the brilliant ongoing battle between madness and justice. Many believed that the relationship held between the two would eventually corrupt Tenma and allow him to accept Johann’s way of doing things. Johann is very special to this anime list because he never stopped caring for Tenma since he had saved his life and all. He simply controlled and killed for their benefits, even if Tenma tried to stop him. 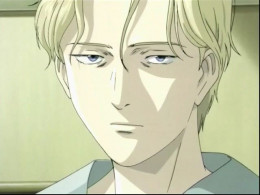 This may be a cheat but Viral served as an excellent rival against both Kamina and Simon in several instances. Both skilled in hand-to-hand combat and utilizing a Gunmen, Viral was an excellent match and a loyal soldier to his Lord Genome. He constantly picks a fight with the humans.  And then he is in great shock and anger to see that Kamina died before he could settle his disputes with him. Now he takes out his frustrations on Simon. They eventually join forces against the Anti-spiral for the good of mankind, allowing for reconciliation and mutual understanding.

Yes, they are also on this anime list. They are noteworthy of the place and have shared one of the longest rivalries I have ever seen. Ever since they both get their Pokémon, we can already see them comparing themselves and note that Gary is far better than Ash. We have even felt the same animosity when we named our enemy Gary in the Pokémon game. Basically, these two were always out to prove which one was better, showcasing the true meaning of being rivals.

There are many more that are worthy to be in an anime list of the top ten anime rivals.  Yugi and Seto, for example or most of the guys in Hunter Hunter, but these were the ones that truly stood out as amazing and interesting rivals to me. They were unique in their own way and made me see the things and the people around me differently. Always wondering if I had someone I was constantly locking in combat with to defend my pride and beliefs.